If you didn’t know of my epic St. Louis Cardinal fandom,

then you’ve not been paying attention!

Why do you think my blog + biz are called

my Cardinals won their deciding Game 5

There they are, my 2 favorite Cardinals:
pitcher Adam Wainwright + catcher Yadier (YADI) Molina!

. . . which means they can advance to the next series,

which will pit them against the mighty Los Angeles Dodgers!

SO, in my world, this is perfect timing

for some shameless self-promotion!

I make these awesome (if I do say so) city pillows;

I hand-stencil + sew them myself, using repurposed canvas + vintage buttons. 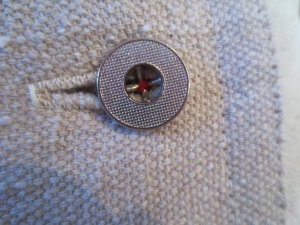 AND I just introduced some grain sack pillows

on which I’ll stencil any name.

I just sent this one as a wedding gift to a couple being married in November: 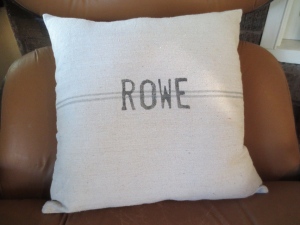 But what’s going on at the Dutch colonial project, Kay?

Do I hear anybody asking this? 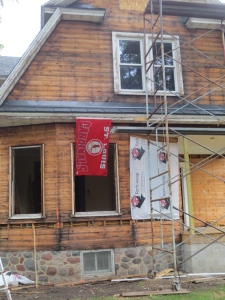 Well, the most photo-worthy update

is that I coerced/nagged G.O. into hanging my ginormous Cardinals flag there.

If we DON’T do stuff like this, they won’t win!!

Not much else at our project is really that blog-worthy, sadly.

They are framing for new windows, at long last,

so that’s going to be a morale boost!

This entry was posted on Thursday, October 10th, 2013 at 1:52 pm and tagged with baseball, Cardinals, Dodgers, Dutch colonial and posted in Cardinals, etsy, Pillows. You can follow any responses to this entry through the RSS 2.0 feed.
« EMMY FASHIONS WITH BASEBALL ON THE SIDE
Celebrity Crushes + Sundance Catalog »