Plain Jane House Gets Its Makeover

We spent the weekend in my hometown in southern Illinois,

+ while there — as is my way — I perused the listings on realtor.com.

Do you do that, too?

Anyway, I was surprised that there were so many houses under $100 grand!

You can see more in the Realtor.com listing, here. 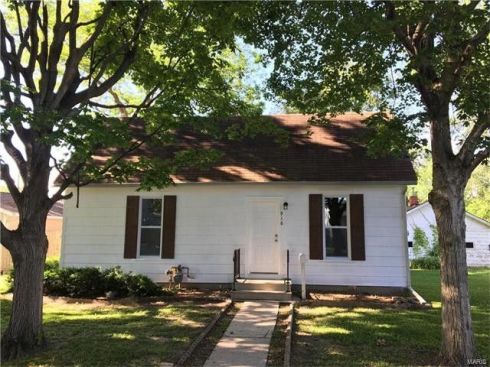 my cousin from my hometown posted the photo of a house

she was interested in buying, + guess which one it was!

Hard to believe, but yes — the plain Jane house!

+ here’s what I found, from the blog, Nesting With Grace. 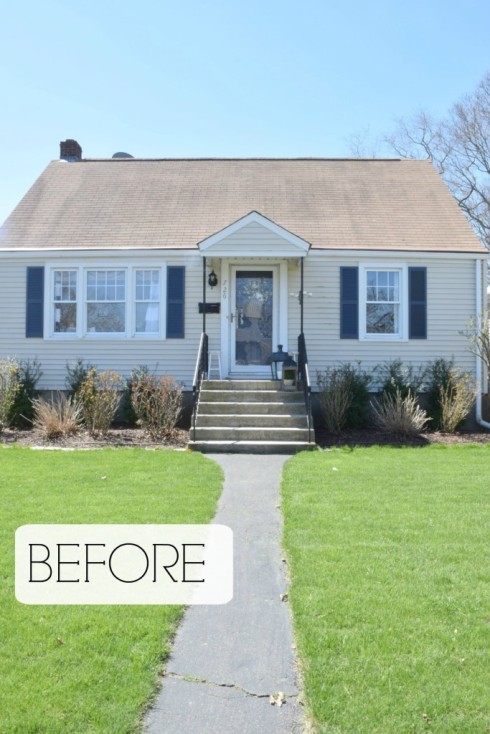 It’s another plain Jane house, this one with a small porch.

(Some of my cousin’s Facebook friends suggested that ‘her house’ needed one!)

But something’s not quite right.

It needs to be replaced with something more substantial,

+ on that note, here’s the stunning AFTER:

It looks like they’ve replaced the wrought iron with white vinyl,

which is probably in stock at your local build-o-rama.

The light fixture’s been updated to something larger, 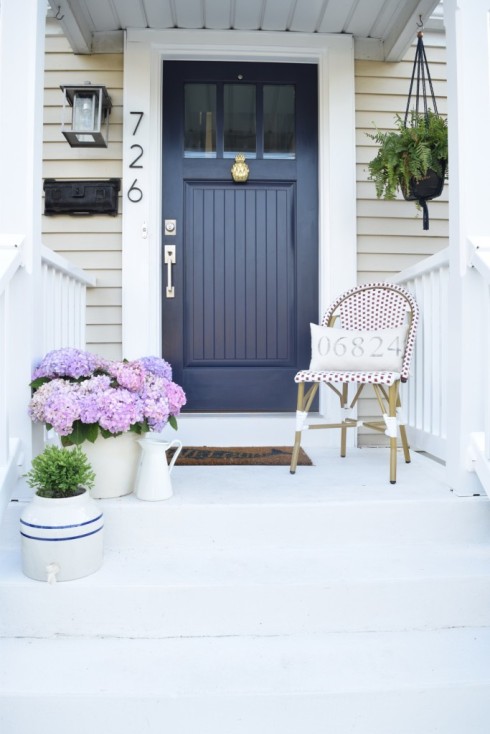 Even though the porch is quite small,

The new front door has been painted a pretty shade of blue:

Now, pay close attention to this:

all the accessories — the chair + the flower pots —

echo the blue of the door + the white of the posts + railings.

For yet more color coordination, the shutters are painted the door blue,

+ the pair of white Adirondack chairs even have blue pillows.

There’s a lot going on,

but keeping everything in just one color family

makes the design cohesive + not too crazy or too busy.

The landscaping’s been updated with some classic boxwood shrubs

+ some pretty pink + red Knock-Out Roses, which bloom all season.

(Notice how the red is repeated in the red stripes of the U.S. flag.)

will provide winter interest when the roses go dormant.

Let’s have one more look at the $49 grand house in my home town:

It’s easy to envision some of the blog house’s AFTER features here, isn’t it?

Remember — it, too, was once a plain Jane!