What a coincidence that just yesterday,

I blogged about my favorite shade-loving flowers, the impatiens . . .

. . . because JUST yesterday, I read that

there is a very serious virus which is affecting impatiens!

. . . but not in the ground, as they will contaminate the soil!

Has anyone else heard this?

Even though I didn’t know about any virus at the time,

I managed to bring home a ^^couple flats of Torenia^^,

which several of my gardening friends have since suggested

as an impatiens substitute.

It is commonly known as the ‘Wishbone’ flower.

Look carefully at the closeup.  I see a wishbone, don’t you? 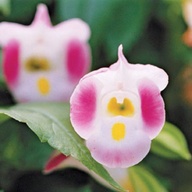 And now for some container combinations featuring Torenia:

Leafy Perilla
(this is new to me)
+ pale pink Torenia.

Speaking of shade, our house’s 4 yet-to-be-filled window boxes face north + get no sun: 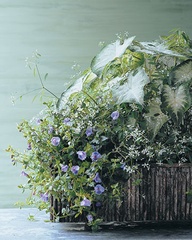 Aaron Caladium (white + leafy) — I’ve chosen these in the past + love them!

Diamond Frost Euphorbia (lacy white) — never had it but always admired it.

‘Wave’ definitely means trailing, when it comes to flowers — haven’t we all heard of ‘Wave’ petunias? 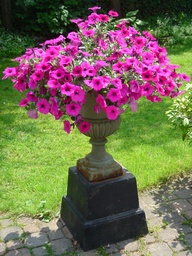 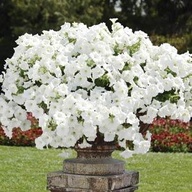 Nobody loves the ^^antique urn^^ more than I do.

I just love antique ANY-thing in the garden! 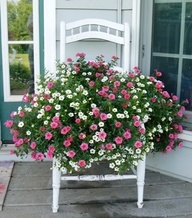 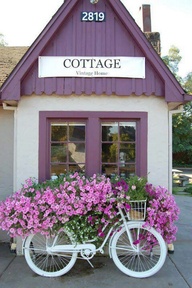 Disclaimer: some gardening snobs turn up their noses at petunias,

But seriously.  I think the containers in these photographs transcend ‘common’!

I think it’s now time to grab my credit card + head to the garden center!